Chiropractic Care: Does it work in Back Pain? 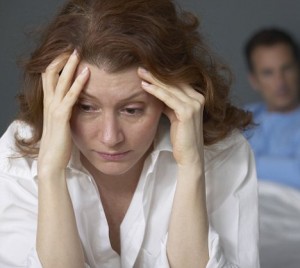 If you’ve ever felt a little worried, scared about something even, then you’ll know how unpleasant that feeling can be. It might feel as though you can’t think of anything else, you can’t concentrate, you can’t eat, and you experience a butterfly-like sensation in your stomach, one which isn’t linked to something positive. If this has ever happened to you then you could have experienced a lower level of anxiety. The problem is, anxiety when it is left to grow, or it continues over a prolonged period of time, can become debilitating.

It’s a rather nasty truth that anxiety is more likely to occur in women than men, and this could be due to a number of different factors, such as a feeling of trying to do it all, hormonal factors, feeling responsible for the happiness of others over your own, as well as the in-built ‘fight or flight’ response to stressors which we all have, and is thought to be easier to activate in women, and sticks around for longer. On top of this, there are chemical reasons too, such as the neurotransmitter serotonin, which evidence has shown isn’t processed as quickly in the female brain, compared to the male brain.

Sometimes anxiety isn’t a simple feeling which passes, and a condition called generalised anxiety is thought to be very prevalent amongst women. This is where a woman basically exists in a constant state of low anxiety, with peaks and troughs, but never free of it.

Symptoms of generalised anxiety include dread, irrational fears, muscle tension, headaches, chest pain, problems sleeping, IBS, diarrhoea, nausea, increased heart rate, shortness of breath, irritability, hot or cold flushes, depression, and feeling weepy for no reason. During times of increased hormonal activity, such as the menopause or pregnancy, these symptoms can increase in severity, or even turn into a full-blown anxiety attack or anxiety disorder, which is no picnic.

The bottom line is that an anxiety disorder is treatable but needs a firm diagnosis by a medical professional before any treatment can begin. One successful treatment option which we at Perth Brain Centre like to focus on is called Neurofeedback Therapy. When used in conjunction with other lifestyle factors and an increase in general health and wellbeing, Neurofeedback Therapy has been shown to be highly effective.

Maintaining a healthy weight and diet is important when it comes to treating anxiety, because serotonin deficiency can cause cravings for sugar-laden foods and carbs, which when binged on lead to insulin spikes and crashes, causing low mood. It’s a vicious circle, but one which can be helped by eating foods to maintain insulin levels. Food allergies and sensitivities can also come into play, so getting checked out for this possibility could help.

Hormonal factors can cause anxiety disorders, so a blood test to check for the onset of the menopause and general hormone levels is often done in conjunction with treatment.

Basically, maintaining your general health will always give you a boost against anxiety, and making sure you get enough sleep is a major factor. Women are advised to grab 7-9 hours of shut eye per night, as well as making sure physical activity is a regular occurrence, and grabbing fresh air and sunlight, to boost vitamin D levels.

If you’re struggling with the symptoms of anxiety, don’t hesitate to call the practice today and discover how we can help in the battle. Call (08) 6500 3277 to arrange an appointment now.

< Previous Article
Chiropractic Care: Does it work in Back Pain?
Next Article >
Food Allergy Awareness Week
About the Author
Jordan